What is the setting of this game, and how does it start? 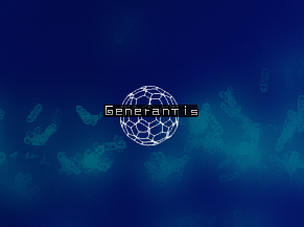 Generantis takes place in the Gigaverse, a virtual universe of coded rules and instructions guiding the citizens to their destiny.

The content in Generantis consists of many branches of planets that have objectives and bosses, with lots of items like weapons, armor, projectiles, even maps, quests, and players, that are picked from an item tree, similar to skill trees in many rpgs.  Planets work the same way.

Let's start with the planet Generantis.

Generantis is the home planet in the game.  This planet is unique, because it is known for constantly molding and rearranging each time you visit.  Compared to the static planets that you create, Generantis is always random!
Generantis starts with the root items in the item tree.  This means very basic conceptual items like a weapon called "weapon" (quite literally) and a player called "player."  Collect items as you explore the planet and do quests to progress.

The progression system happens when you collect items from different quests and leave the planet.  The items you collected can be put into the generator, which is a storage space in the game that carries on from the current planet to generate a new planet.  So if I collected lots of swords from one planet, and put them all in the generator, the new planet would have the same items as the previous, but now with more swords to choose from.  The generator is basically the loot table of the planets.

The main reason why the generator is there to use is because of allowing the player to not only create their own character build, but also their own "build" of a planet. 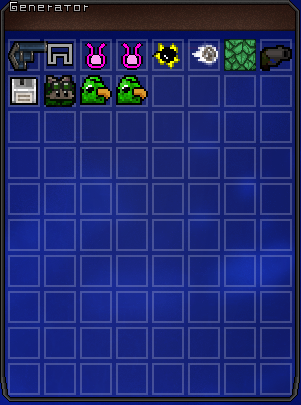 How do the items work?

The items in this game have 4 things that they all have in common:

Item category:  What ruleset the item follows and what it is supposed to do.  Examples are Players, Quests, Potions, Weapons, Projectiles, etc.

Main stats:  What values this item rolled with.  Main stats rely on the item category.  Every weapon has attack damage and attack speed for example, and every player has hp and dexterity as well.

Components:  What scripts that this item rolled with.  Components rely on the item type.  Swords have a chance to roll with a thrust script for pushing yourself forward when using them, or a sweeping component that shoots projectiles out in a sweeping motion.  Another example is a map of the itemtype "Dungeon world"  where many of the possible components are "spawn X room dungeons" or "Spawn X room dungeon with X treasure chests."  Components have events and some/none variables.  The event is what triggers the script, like for example right clicking with a weapon will trigger the shoot components, and the variables are spawned in the component with random values that affect the component.  Spawning X room dungeons could roll on an item with "spawning 22 room dungeons."

These items might complement other items well when added together in the generator, like for example a cave map complementing digging creatures to fight, or a sky map with powerful and efficient wings as well as flying monsters. 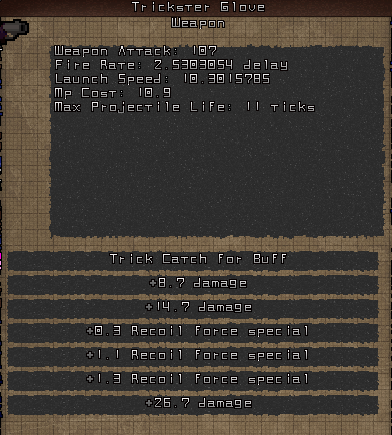 How does combat work?

The combat in Generantis can be fairly simple or very complex, it depends on what items are in the game.
Characters have 3 bars:  hitpoints, mana, and stamina.  When you run out of hitpoints you die, mana is used for using Alt fire on weapons (right clicking) which activates the component on the weapon, and stamina is used for flying with wings.  You gain stamina from standing on the ground or using items, and gain mana and hp from either waiting or using specific items to gain bonuses or healing.

Using the WASD keys, your character aims their wings in that direction, and with spacebar you jump once, and pressing spacebar in midair will allow you to fly.  Hold the spacebar down to continue flying, or tap it lightly to flap around with a potential to spend less stamina.

You can hold up to 4 weapons at once with the ability to switch with the 1-4 keys, and 2 projectiles that serve as unlimited ammo for those weapons.  The projectile in the first slot is for primary fire, and the second slot is for alternate fire, which will trigger components on the weapon and potentially do more damage or perform abilities at the cost of a certain amount of mana.

The z,x,c, and v keys serve as hotkeys for using the potion item (currently called "item") which will replenish your hp,mana, or stamina.  Potions also can trigger components which could result in intersting buffs or actions that could help or hurt you in combat depending on the situation.

The main goal of Generantis' combat in development is to allow for very interesting items that change how the combat works.  Glove weapons that throw nearby projectiles you shot could add bonuses to the projectile, or your wings could spawn a block trail of bombs that you can blow up to damage nearby enemies.  Many different things could take place in Generantis' combat environment thanks to the power of Lua scripting. 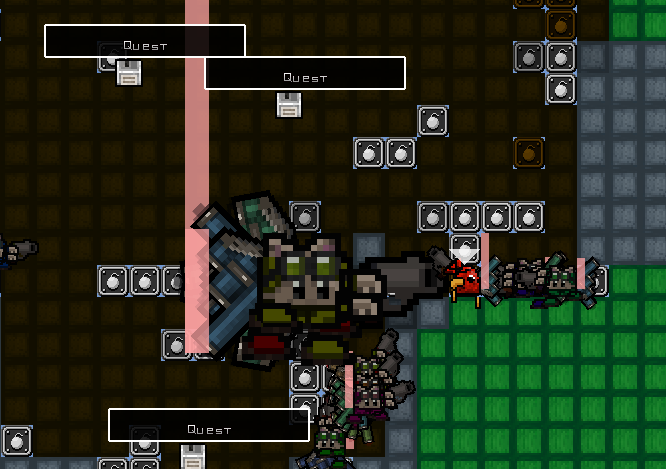 When is this game coming out?

Currently the game is under low-priority development, with development shifting higher in priority starting either summer 2015 or if this game earns more attention.  Therefore, the final release date is unknown.

Where can I play this game?

You can find the demo here!

How do I make items for the game?

Eventually, a public API database will be published once development gets closer to release.  An API will also possibly show up if the game gets more attention.  Development will change dramatically if that does happen.
Powered by